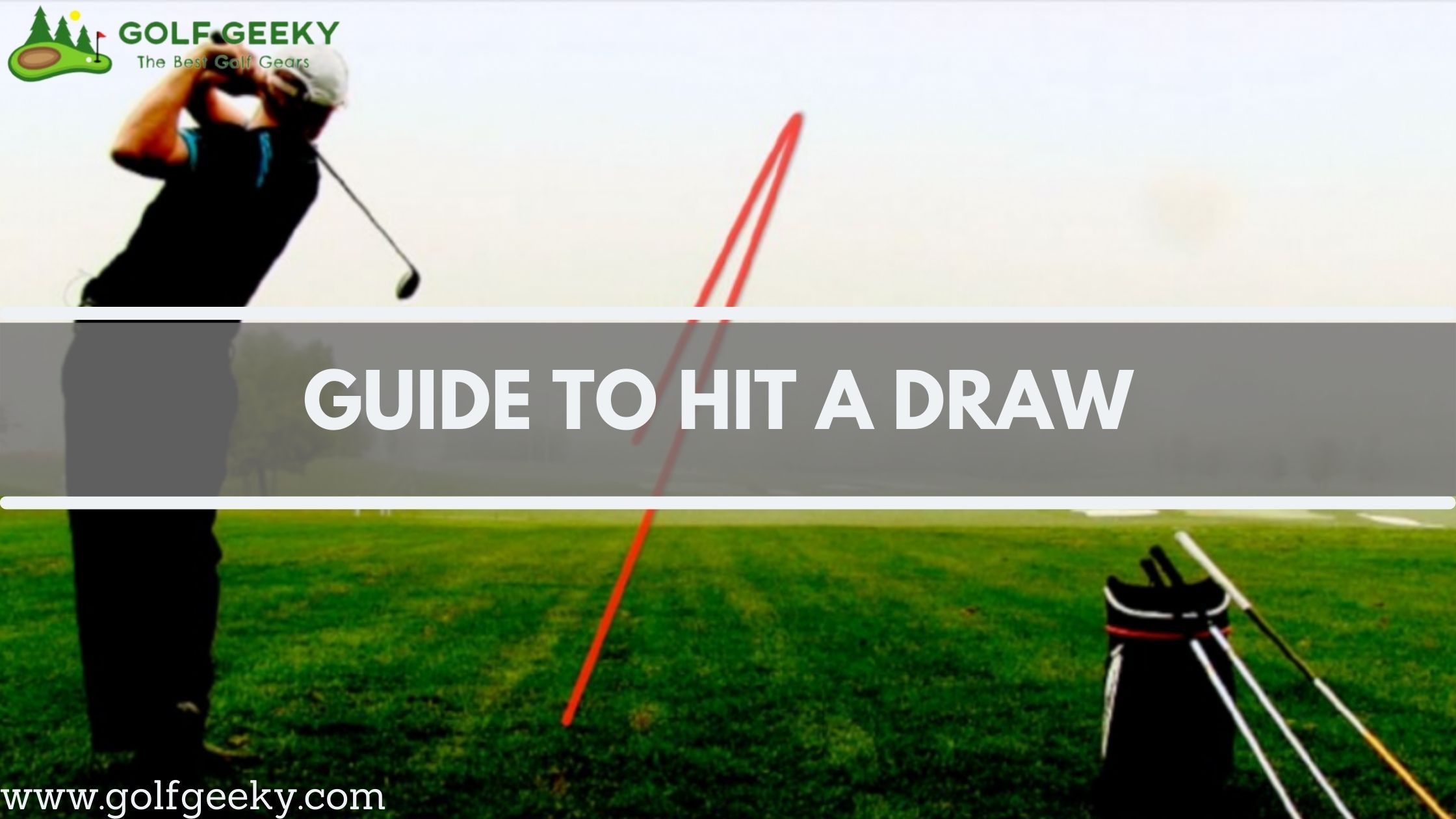 A great ball striker is recognized for hitting a draw. All the famous ball strikers are known for hitting multiple draws. You can say that it’s the basic sign of a great striker.

All the players who can hit a draw have experienced some or all of these features once or more in their matches. They are the more distance out of their shots, have great control over their ball, and have an unexplainable feeling when they make contact.

Being a fan of many pro players for so long, I have witnessed that the draw is their favorite shot shape for most of them. So, after following their matches and statements so far, we have concluded some of their great tips on how to hit a draw, so if you want to know about it, just go through the article, and you will get the basic knowledge you need on how to hit a draw.

What Is A Draw, And Why Is It Important?

Now the main question that arises in anyone’s mind is what is a draw exactly! So it is nothing but a golf shot. In draw the starts slightly right of a target and draws back towards the target. This swing from the right to left direction of the ball is quite significant as a hook that makes a right to left turn.

Every drawing depicts that there has been a great contact with the golf ball, that you were able to release your hands and your clubface was somewhat square.

Under the conditions mentioned above, it is highly expected that you will hit a draw. Among them, the ball in the draws gets into the air, which also helps the players get closer to the pins.

How To Hit A Draw

Although there are several ways to hit a draw, most will deal with the angle of your clubface and the swing path and plane.

If your swing path is on track to hit a draw and your clubface angles are accurate, then you will have no problem getting the ball to do what you need it to do.

Here are a few steps for what we believe is the easiest way to hit a draw. After all, there is no sense in making the golf swing any more complicated than it already is!

Several steps must be followed or can be done to hit a draw.

To hit a draw, one must keep things natural with minimal changes as little as possible.

As we already know that we need to make a step-by-step approach to succeed to hit the draw. For your initial step, you need to know and finalize how you will set up your ball. So, it has to be placed at the exact location as always if you want to hit a draw with a driver, iron, or any of your clubs.

You can adjust the stance, alignment, and grip while leaving the ball in its place untouched.

You should give a proper setup to your target.

However, most players always want to know exactly how right the target should be set up, so as per our recommendation, it should be about 5 yards. After it, if there need to be any modifications made for your draw, you can do it accordingly.

After being set up at the right of the target, you should focus on your club’s face and square up so that it won’t be facing towards the right of the target. It should be adjusted in such a way that it is directly headed to the pin. Also, if you want, you can adjust your grip while adjusting the clubface for hitting the draw shot.

One important thing that you can leave out is the position of your feet, like how they are set to the right of the target or not. Just keep focused on your grip and clubface at this moment.

Players have been following a customized way to make sure that they hit a draw, which is they take the club back slowly, keeping it low so that they will draw the ball following the right path. However, if it doesn’t go accordingly, like if the club goes outside or above the swing plane, the chances of hitting a draw decrease gradually.

Therefore, whenever you want to hit a draw, just keep an idea of keeping the swing low and slow.

In addition to a great grip and low swing, it should also have to be a bit shallow if you want to hit the ball from the inside. That’s why it becomes exceptionally necessary when we talk about hitting the draw with a driver to get that proper shift of ball from left to right.

There are also some drills with alignment sticks that you can perform to make sure that the club is following the shallow path when you are approaching the ball. And as for the feet position, it won’t affect your performance because your swing will be in the direction of your clubface, not your feet.

For the last step, you need to make sure that you are finishing strong with your extended arms. This means that after initiating the shot, you can not change its trajectory or can control the club in any way. If you do so, the distance and the shot will get adversely affected.

In addition, when a draw is hit hard, it looks impressive if you watch it standing at your place; therefore, you must finish strong.

Hitting A Draw With A Driver

After telling you all about the steps of hitting a draw, you all must be thinking about how it goes and changed for the driver’s swing.

So when talking about the driver, all the steps mentioned above are going to be the same, except that your driver shaft must swing a bit lower than the traditional swing plane.

Hitting A Draw With An Iron

The golfer who wants to hit a draw with iron must hit the shot while being in the inside-out path; however, as for the club, it should not be as it is with a driver.

A less significant draw will be hit by iron than the driver, but still, it provides some of the few extra yards with each swing.

Is It Easier To Hit A Draw Or A Fade?

Intentionally hitting a draw or fade is nothing for many golfers as they are equally easy to hit.

When you let the golf swing be the boss, a fade will be your resultant shot. People who want to hit a fade usually release the club a bit late or do not release the ball completely.

So, the first step to mastering a skill is to know about the fundamentals of the shots first. After taking a few baby steps, you will realize the concept, and it will surely help you correct your mistakes. Almost every other golfer wants to learn to hit a draw and a fade to attack the pins laid on the course.

Being a master of both of these shots makes you invincible and provides you with many advantages. The players can aim at the center of the green if they know how to play both shots because no matter what, the ball will fall in the hole. Even though the chance is missed and they can’t play either, the ball still ends up in the center, which is also not a bad result.

How Do You Hit A Draw Every Time?

So we have explained how you can hit a draw when asked or needed, but some of you must want each hit of yours to be a draw. To do so, first thing, an immense amount of practice will be needed, and then you can hit all your shots from the inside out, along the slightly shallow plane.

However, even after putting in all the effort, if you are still unable to do it, this won’t work for your game.

An additional thing you can do to enhance your practice and skills is to record your videos to evaluate yourself and your posture with the club. Also, it would be easier for you to appreciate that you were in slightly from the inside or not with the square clubface.

With the methods mentioned above, we think now hitting a draw with a driver, iron, or any club in your hand will be much easier for you. Now it’s time to go and practice these methods. You can give some of your time to practice your drawing skills whenever you are in the driving range.

The shift in the ball from right to left direction can only be obtained after putting much effort, and you will be able to appreciate the change. You can also look in our guide to the inside-out path to understand better how to pull this all off.